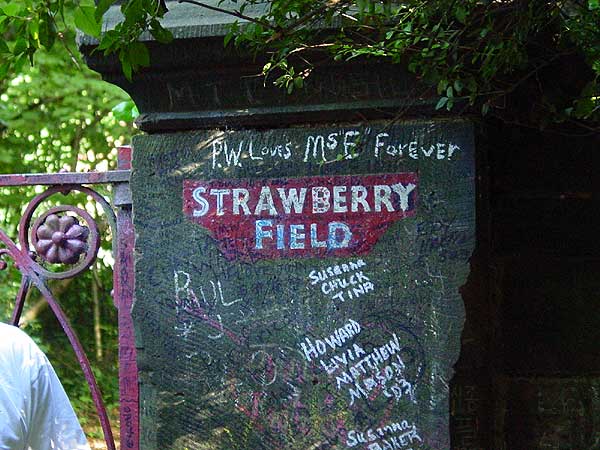 As a part of the rather idiosyncratic movement known as The Salvation Army, I'm always interested to note songs with references (however oblique) to the organisation. Thus I have compiled a playlist featuring songs that have some connection with The Salvation Army. It's quite surprising to see the variety of artists I've discovered over time. (And by some of the greatest names ever!)

1. The Beatles -'Strawberry Fields Forever' (Magical Mystery Tour, 1967). It is a pretty well known fact that 'Strawberry Field' is the name of a Salvation Army children's home in Liverpool, near the childhood home of John Lennon. Apparently, Lennon and his friends would play in the grounds and attend the annual summer fete. The song itself is lyrically surreal but nonetheless rather beautiful. And certainly there is a feeling of nostalgia for the places where the ex-Beatle grew up. And in my experience producing nostalgia in people is something The Salvation Army excels at! Cups of tea, bands, Victorian Christmas scenes - these are all triggers for people of a certain age.

2. White Stripes - 'Seven Nation Army' (Elephant, 2003) The White Stripes are a pretty unlikely band to have a song linked with The Salvation Army, but it's true! This song (you know the one with the very distinctive riff) actually won a Grammy award for Best Rock Song in 2004. The song is named such because it was what Jack White used to call 'The Salvation Army' as a child and he just liked the sound of it. Apparently he lived near a Salvation Army Charity Shop. Simple.

3. Leonard Cohen - 'Suzanne' (The Songs of Leonard Cohen, 1967). This a great song (indeed worthy to be called a classic) and highlights Cohen's poetic gift. In the final verse these words appear:

And so our reference - but actually I'm more interested to decipher the references to Jesus, well worth a look (and listen).

5. Bob Dylan - 'Rainy Day Women #12&35' (Blonde on Blonde, 1966) No surprises for seeing a Dylan song in my playlist, but what's the link between a song that says 'everybody must get stoned' and the SA? Well, apparently Dylan was after a 'ramshackled sound' and suggested hiring the local Salvation Army band to play on the recording! Not being a fan of brass music I'm delighted to have discovered this fact, particularly when so many Salvationists take band music so seriously. In the end Dylan and friends did it themselves (whilst alledgedly high on grass), but you can hear the link with an SA band alright on the track. As ever with Dylan, no-one really knows what the song is about or what kind of 'getting stoned' Dylan means. You'll have to make your own mind up.

6. Eminem - '8 Mile' (8 Mile, 2002). Not knowing much Eminem I've left this until last. The few songs I do know I like - this one included. The Salvation Army charity shop features again - with the lines:

'I'm feelin a little skeptical who I hang out with
I look like a bum, yo my clothes ain't about shit
At the Salvation Army tryin to salvage an outfit
And it's cold, tryin to travel this road'

Not quite as poetic as Leonard Cohen perhaps, but effective nonetheless.

And so that's my playlist - perhaps you know other songs I can add, feel free to let me know. And from all of this three things must be noted: charity shops obviously evoke a lyrical muse so if you have one near you, go and enjoy it; secondly, 1966-68 was a obviously a bumper period for Salvation Army related songs, perhaps a hang-over from the Joy Strings (but that's another story); and thirdly, I wonder if any other religious organisations could boast such an illustrious playlist?!
Posted by Nick Coke at 20:22 14 comments:

Leonard Cohen>If it be your will

Some songs for Holy week....

It's interesting how much attention Judas gets in songs. U2 have an interesting take on the last supper and Garden of Gethsemane in the song, 'Until the end of the World' (Achtung Baby, 1991) - well worth a listen. Bob Dylan also asks a good question about Judas and betrayal in 'With God on our side' (The Times they are A-changin', 1964) and explores the theme further in 'What was it you wanted?' (Oh Mercy, 1989).

Nick Cave&Kylie>Death is not the end 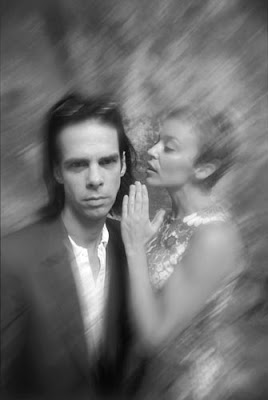 I must admit the inclusion of this song in my Lent playlist is a slightly underhand way of sneaking a Bob Dylan song in through the back door. However, from the perspective of standing on the brink of Holy Week, I can think of few songs that lyrically hit the mark like this one.

'Death is not the end' (Murder Ballads, 1996) also brings together a kind of supergroup - Bob Dylan song, reworked by Nick Cave and the Bad Seeds with guest performances by Kylie Minogue, P J Harvey and Shane MacGowan (of The Pogues). Not a bad line up, then. But really it's all about the words - my favourite section being the middle eight:
'For the tree of life is growing
Where the spirit never dies
And the bright light of salvation
Up in dark and empty skies'

And how this song resonates with all the events leading up to the crucifixtion of Jesus is remarkable. Everything looks so bleak and yet, 'Death is not the End' - a timely reminder for those of us who this week may have been forced to consider death a little more than usual. 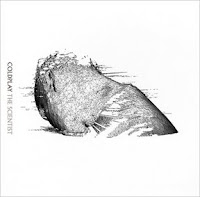 And so we're into week 5 of Lent already. This song brings back a lot of memories from when I first heard it, after buying it on the day A Rush of Blood to the Head (2001) was released. We were new parents, getting no sleep and struggling with how to look after this baby that had invaded our lives. We both commented on the chorus of the song at the time, and that before we had children people told us it wasn't easy in those early days, but blimey we didn't expect it to be as hard as it was!

The other thought I had then about this song is in the verse that says:
'I was just guessing
At numbers and figures
Pulling your puzzles apart
Questions of science
Science and progress
Do not speak as loud as my heart'

I remember relating this to my understanding of God. I've spent so much time thinking about Him, trying to puzzle Him out, analysing and dissecting everything I know or can read about Him. And yet, above it all it's my heart that somehow seems to know best. And yes it's also true - being a follower of Jesus is not easy. In fact it's bloody hard, just as Jesus promised it would be! Fortunately, we can always go back to the start.

PS I like the video, too - although it's a bit grim! And why does he just leave his girlfriend lying there...?