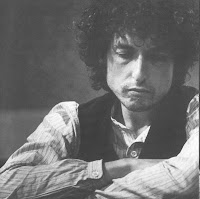 The Red River Shore post generated a little bit of interest amongst some Bobcats. Most intriguing perhaps was an email from 'Daddio' that I thought was worth a post of its own. Here it is:

'When I was talking to my son recently about 'Red River Shore', I didn't admit that it brought tears to my eyes - because I didn't want to look like too much of a Bobbyphile. Glad you young guys shed a tear too. The feeling of alienation and loss is unbearable. Has any song ever caught better the helpless, claustrophobic sense that the past is another country to which you can never really return to put things right - especially the poignant penultimate verse? RRS echoes Bob's great early song, 'Bob Dylan's Dream' in this respect, but is even greater. The words may no longer pour out of him like water out of a tap, as they did in the '60s, as he himself admits in a guarded 2004 interview, but I think his later, tortured, carefully crafted work is even more memorable.

I'm glad, though, that, as Bob himself said in that interview, he's made a contract with the 'commander-in-chief' of earth and heaven. Glad, too, that he's stated that, if he was in the corner in Time Out of Mind, he was coming out of the corner in Love and Theft and the corner's out of sight in Modern Times. Nick's right that there are hints in MT that Bob's relationship with God has been resurrected after all - because 'Someone there always cared' and 'Someone prayed for your soul' - there's always a reason why someone's life has been spared (Beyond the Horizon). Glad, again, that Bob's gospel era is being re-evaluated by the (white} critics and that they're talking about his 'almost supernatural' mastery of the Black Gospel genre.

I agree with Nick that Bob's mad. But even Bob recognises that in the title, Time Out of Mind! How else can you explain this majestic version of 'Born in Time' (TTS) being left off Oh Mercy, along with other great songs? Or why the stately driving version of 'Someday Baby' was rejected for the jaunty, unmemorable version on MT? Shot of Love, Oh Mercy and Infidels could have been so great, if the best songs had been included, and kept Bob at the forefront of music in the 'lost decade'.

As a contemporary of Dylan, I'm thankful to have sailed near the greatest modern bard for so long, and I have nothing but affection for him (in spite of that rip-off third disc).

For another great view of 'Red River Shore' take a look at Right Wing Bob's post. (Thanks to Scott Ralston for the 'heads up').

And finally, the better version of Red River Shore: 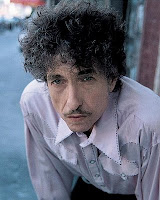 I've been feeling a reluctant blogger for the last month - however, Dylan's latest release Tell Tale Signs has forced me back to the keyboard. Almost everybody has received this album enthusiastically - seems like his Bobness can do little wrong at the moment. The only grumble is the extortionate price for the 3 disc set. I only got the double album edition, I simply can't afford £80 for an extra 12 songs, most of which I already own in a different version!

However, the previously unreleased 'Red River Shore' from the Time Out of Mind sessions (1997) is worth the £12 price alone. It's magnificent. How it didn't make it on to the original album I will never know. For a long time I've been sure that Dylan is mad - and this is just another reason to trust that theory. But the song - what a song! It brought tears to my eyes on the first listen.

I have a theory about this song - it's in some way a 'parable' about his faith - the girl is a symbol of his relationship with God. The writer of Song of Songs does this, too. And, for me this is why Jesus turns up in the last verse. This song was written at the same time as the equally brilliant 'Not Dark Yet', which suggests similiar sentiments. The struggling faith that Dylan expresses is a real one - a costly one not a cheap one. Just listen to the song and you'll see what I mean. This is certainly one to add to any DYLANitany. God bless ya Bob!