Townes Van Zandt>Waitin' Around to Die If you're feeling slightly low or depressed please click away now! If you're in a emotionally-secure enough place to be moved - read on.

The East End of London is just the most vibrant, interesting, and sometimes challenging place to live, work and raise a family. After 6 years of being here it takes a lot to surprise me about people and the way they live - but there's always one place that just touches my soul in a way nowhere else does. Every Wednesday morning I play football with a group of men from a drop-in centre that provides breakfast for those with no permanent place to live. At 10:30 I pass by the centre to see who will play with us that day. 20m from the door the smell of cheap and nasty beer hits you in the face. A group clutchering their cans of lager crowd around the door. Once inside there are people milling about - some getting showers others drinking tea - whilst more are lying across the tables trying to sleep. The last two times I've visited one character with a hat pulled low over his face is marching up and down the room talking to himself in a loud voice. I always wonder what the stories are behind the faces - so many things, so much hardship, so much sadness.

This week, as I looked around the room trying to find someone who was either sober enough or awake enough to come and play football the opening strains of Townes Van Zandt's 'Waitin' Around to Die' played like a soundtrack in my ears. You see, I've asked myself numerous times why we do what we do - why those with chaotic lifestyles seem to choose more chaos. And the answer is in the song - it's easier than just 'waitin around to die'. If you can watch the clip below and not shed a tear like the guy in the background then you have a heart of stone!

Bob Dylan>This Dream of You 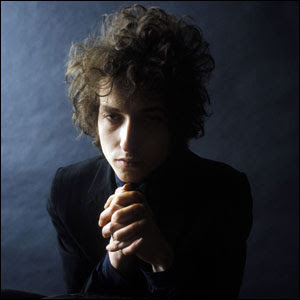 Now to my favourite song on Dylan's new album. If Together Through Life's opening track 'Beyond Here Lies Nothing' sounds like a denial of any form of heaven; if 'Life is Hard' takes us into Dylan's dark night of the soul; if 'Forgetful Heart' seems pretty conclusive about Dylan's state of faith with the final lines: 'The door has closed forevermore/If there ever really was a door'; - if all this is the evidence we can glean regarding Bob's current spiritual state from Together Through Life, then we can agree here is a man who has lost whatever hope he once espoused. And yet... and yet... there is one track that contradicts all of the above.

'This Dream of You' is a magnificent track - the best on the album for me. It has a very similar feel to the gorgeous 'Red River Shore' (and I have written about that one already). Take a look at the lyrics - worth a full outing here:

Am I too blind to see
Is my heart playing tricks on me
I’m lost in the crowd, all my tears are gone
All I have and all I know is this dream of you which keeps me living on

Everything I touch seems to disappear
Everywhere I turn, you are always here
I’ll run this race until my earthly death
I’ll defend this place with my dying breath

From a chairless room
In a curtain gloom, I saw a star from heaven fall
I turned and looked again but it was gone
All I have and all I know is this dream of you which keeps me living on

Incorporated into the lyrics are several Biblical allusions - see how many you can spot!? You may have your own take on this song but here's mine for what it's worth. Bob is addressing God. For whatever reason, God is distant - a memory of sorts - but ultimately it's all he's got. And despite the distance between them, there are fleeting moments when even earthly reality pales into insignificance compared with the presence of the living God. But try and put your finger on it or pin it down and it melts away like a dream.

Does Bob Dylan have 'the blood of the lamb' in his voice?

Slowly but surely the official lyrics from Together Through Life are being released. There's been nothing printed on the CD sleeves so most reviewers and commentators have had to use their ears - not as simple as it sounds when Bob's voice is so ragged. I noticed today that one or two of the song lyrics had been put up on BobDylan.com but not the one that has caused some discussion. In the song I Feel a Change Coming On Bob sings: 'I've got the blood of the land in my voice'. Or does he? Some very reputable music critics claim to hear 'I've got the blood of the lamb in my voice.' Not sure what I was hearing myself I started a discussion on Expecting Rain - the ultimate Bob fan site. 53 replies later and no-one's the wiser. I think we're going to have to wait until it gets put up on the offical site. Listen to it yourself below - 4mins 9 secs.

Does it really matter, though? Well, for the hard-core dylanologists it does because they hang on to their prophet's every word. As someone pointed out on Expecting Rain - perhaps both versions are correct - after all in Bob's own analysis of songwriting there is no complete perfect song - it's an organic and developing process which can change with every performance.

So even if we assume that when the lyrics finally are published it'll be 'blood of the land' (I personally think I hear a 'd' sound at the end of the word!), does this mean that Bob hasn't got the 'blood of the lamb' in his voice? Absolutely not - you just have to listen to his songs since he began and the voice of God shines through time and again. I don't need Bob to confirm this in a lyric, it's there for all to hear - well if you have ears to hear that is.