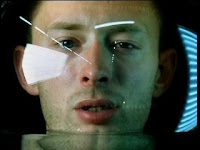 There was a time when I was convinced that Radiohead was the greatest band on earth. Now I would review that considerably - they're good, but short of a truly inspired critique, I will simply state that I find them a bit depressing! However, I find very little to criticize about my favourite song of theirs - 'No Surprises' (OK Computer, 1997). It's a masterpiece.

Let me tell you why this song is so great! Firstly, it's got one of the most sublime guitar riffs in rock. Secondly, Thom Yorke's voice is so sullen and tired that it captures the mood magnificently. Thirdly and most importantly, it's a song to inspire a revolution. Some songs are written with uprising in mind and they put it all out there in clear and obvious ways - think the Clash's 'London Calling' or the Sex Pistols' 'Anarchy in the UK' for example. Having listened to and enjoyed those songs on many occasions I can safely say that by the time they reach their raucous final bars the anger and angst inside me has all but dried up. I have always preferred the subtle, however. 'No Suprises' contains three minutes and forty-eight seconds of such irony and monotony that by the end you're ready to get up and go and do something rebellious to prove Radiohead wrong - that you're ready for a life that breaks the mould and really will bring down the government.

And so perhaps I'm back to Alinsky again. Recently, I've become convinced that those who seek to follow Jesus can never be satisfied with just doing good things and at the same time maintaining the status quo. That in it's own way is like embracing a world of 'no suprises'. That's a case of cheap grace. Costly grace involves a deeper work where risk and revolution have their place - where the injustices of our communities and neighbourhoods are challenged to their core. Listen to 'No Suprises' and you'll hear what I mean but don't blame me when it stirs you up.

Sufjan Stevens>The Perpetual Self or What Would Saul Alinsky Do? 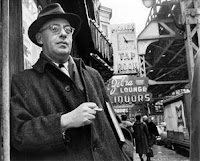 Well, here's to the song with the longest title I'll probably ever attempt to write about! If you know anything about American singer-songwriter and player of pretty much every instrument you can imagine - Sufjan Stevens - you'll know that long song titles are one of his fortes. A lot could be said about Sufjan and his religious connections but no time for that right now - what I'm particularly interested in writing about is why I chose this song of his. Mainly it's because of the man mentioned in the ridiculously long title of this song - Saul Alinsky. And he's someone who I have recently become very interested in.

Saul Alinsky is known as the father of 'community organising'. The term was probably not that well known until this time last year when its most famous proponent started banging on about it on his way to the White House. Having got involved in community organising here in East London through London Citizens a couple of years back, I've read Alinsky's two short books - Reville for Radicals (1946) and Rules for Radicals (1971) and been gripped by them. They're not quite like anything I've ever read - irreverent, funny, passionate, political and ultimately empowering. If you want to do politics or social justice it's the only place to start. I'll never be the same again having read that stuff (and incidently, I've seen the principles work here in my neighbourhood!).

So what's this song about? Truthfully, I'm not sure - every version of the lyrics on the internet are different and none of them are obvious in meaning. Having listened to the song carefully a few times I would suggest that it appears to be an Alinsky anthem of sorts. You'll just have to listen to it yourself - strangely uplifting despite the opening salvo of 'Everything is lost...'. But then in an odd kind of way that is Alinsky's message - when you're down and losing, get organised, act together and you're on your way up. And make sure you have a lot of fun doing it! 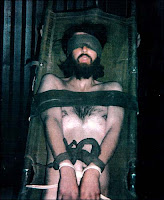 It feels appropriate for a post on Townes Van Zandt to be followed by one on Steve Earle given his recent TVZ covers album and general hero-worship. Also, as I write the news is on in the background and I'm being told that President Obama is currently in Saudi Arabia trying 'to reach out to the Muslim World'. Obama would do well to listen to Earle's 'John Walker Blues' (Jerusalem, 2002) as a starting point in American relations with Islam. (Actually, if my take on this song is right - he probably has!).

The song is about John Walker, an American convert to Islam, who fought with the Taliban in Afghanistan before being captured in 2001. He's currently serving a 20 year sentence in the US. Lyrics can be found here. Now I can imagine that this subject is a pretty emotive issue for lots of people - Walker is considered a traitor and his story came as a shock to many.

However, I don't think for a moment that Earle is condoning violence or fundamentalism in this song. What I think he does instead is to transfer the emotion to a different place by writing the song from Walker's point of view - a regular guy looking for meaning in life and who follows his convictions (however misguided) once he finds something that makes sense to him. I personally find the song very challenging because it cuts through so much of the hysteria surrounding Islam - it is an individual that is being sung about, not the breathtakingly overstated 'clash of civilizations' agenda. The 'blues' is not just a take on Walker's own story of being hauled back to the US as a prisoner but in America's failure to offer Walker something in the first place that touched his soul. Of course we could offer many excuses for why that may be - no doubt his family, his upbringing would be cited - but then again we in the Western world could perhaps take a hard look at ourselves and wonder why we're surprised at all.